Scopes in JavaScript is the access/visibility of a variable at any particular point in a program. Scopes (Lexical Scopes) are just the way how variables in different parts of the program are accessible from different other parts of the program.
Variables can be in global or local scope (i.e. inner scope, and there can be many inner levels). The inner levels can always have access to variables from outer levels, but when it comes to objects the case is different. Let’s not involve objects for now and get confused.

When a variable is declared in Global scope it is available to all parts of the program.

In above code the variable global is accessible from any where in the program.

In the above code, local variable will not be available outside of the foo() function scope.

In the code shown above, the inner function baz() has access to all the variables in foo() scope and also in global scope.

The inner scopes will have access to variable that is in the outer scope next to it and it continues till it reaches the global scope.

When declaring variable inside of function, don’t forget to use the var keyword. If not then the variable will be bound to the global scope. 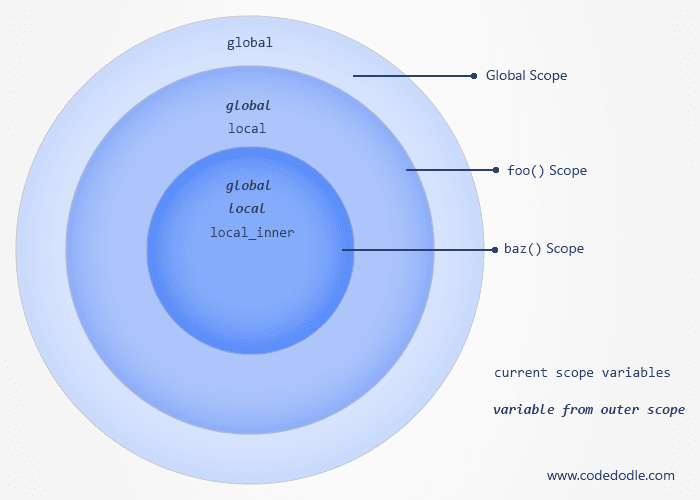 The main intent of the Strategy Design Pattern is to design a family of Algorithms which can then be used interchangeably by encapsulating each one. Simply...

Getting Started with SASS CSS

SASS aka Syntactically Awesome Stylesheets is a CSS preprocessor which could make your complex and hard to maintain CSS code into easily manageable and easier CSS...