It is most obvious for all of us to have a DVD or a CD Rom in our system. Sometimes it is necessary to use a pen-drive for actions such as installing an Operating System as some systems does not support DVD Rom. The problem is that, our pen-drive is not a Bootable device like DVD or CD having an OS in it.

The process of converting a USB pen-drive into a Bootable one is very simple than you think. The only thing you need to accomplish this is a pen-drive and a DVD having an Operating System inserted in the DVD Rom. Be sure to format the pen-drive before using it.

The command to make the pen drive Bootable is, 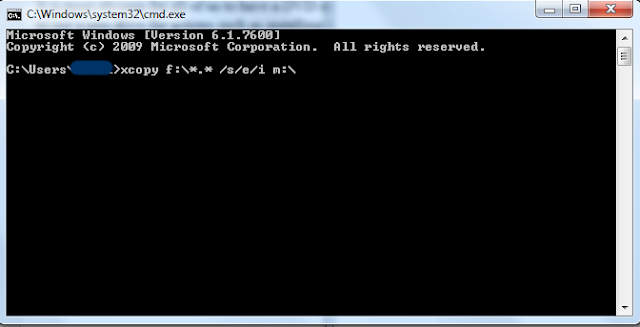 The main thing to note here is,

Once you have entered the command the system starts to copy all the contents into the Pen-drive.

Warning:
Do not remove the Pen Drive or Eject the DVD while the process is going on.

Once the task has been completed, the command prompt will display a completed message. Do not open the Pen-drive to view the contents. Just eject the Pen Drive from the system. To install the operating system from the device do the following steps.

Once the installation completes, change the Boot priority back to your Hard Disk and Format the Pen Drive to use it back as a normal Pen Drive.

Microsoft PowerPoint does a good work in making presentations. But is it good enough for us to keep your presentations in its own native format. So...

Intro to Working With Database in PHP

PHP supports a variety of Databases available. Some of the databases supported by PHP are MySQL, Oracle SQL, PostgreSQL, mongo, SQLite and more. Though there are...