Basics Of Pointers in C++

Pointers are a very important concepts in C++. With the use of pointers we can directly access the value at a memory of the machine that we are running and it will be of great use if we use it the right way. Pointers are used to “store the address of a variable which is of the pointer type”.

A pointer of type T can be declared as T* variable;which is a Pointer to T.

In the above code i have declared three variables, 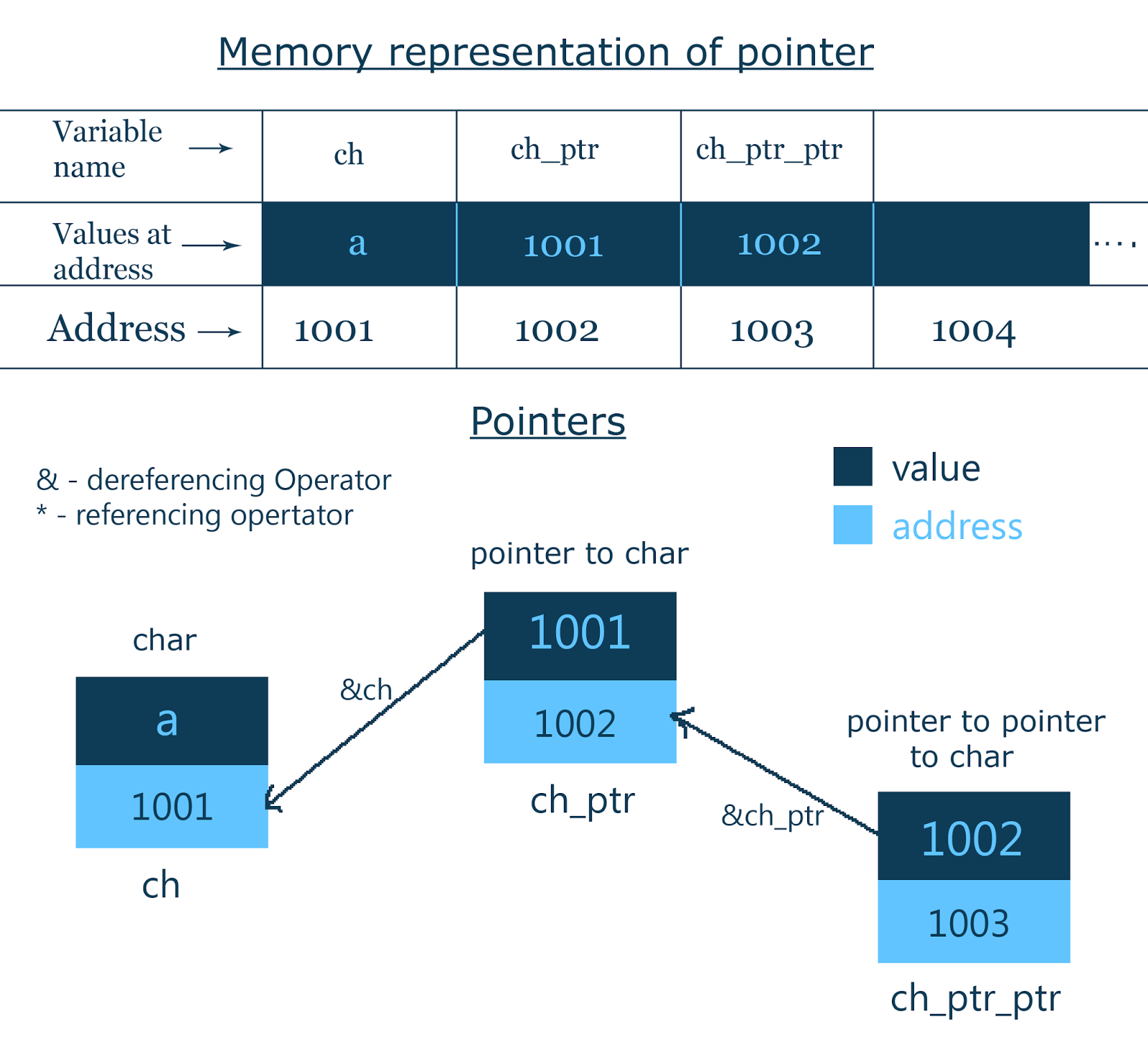 The above diagram shows the memory representation of the pointer and how they point to each variables address. In ch_ptr variable stores the address location of ch and ch_ptr_ptr stores the address of ch_ptr. In the above program i have casted the 16-bit hexadecimal representation of the address to int so that it will be in a more understandable way. The output of the above program is shown below and with the output displayed you can understand the concepts of pointer. 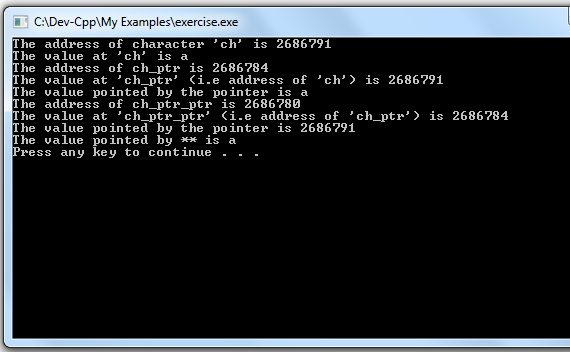 Output of the Pointer example

Basics of Strings in Python

Python is a scripting language which is a popular one and easy to learn. But it is also used to do more complex task and applications....

Renaming a large number of file is a very complex task if you don’t have the right tool for it. Adobe Bridge is a...